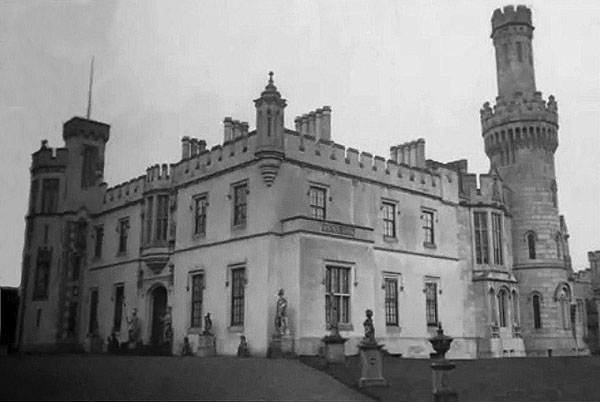 In his book A Guide to Irish Country Houses Mark Bence-Jones describes Duckett’s Grove as a “square house of two and three storeys, transformed into a spectacular castellated Gothic fantasy by Thomas A. Cobden, of Carlow, for J.D. Duckett 1830. Numerous towers and turrets, round, square and octagonal.

The walls enlivened with oriels and many canopied niches sheltering statues; more statues and busts in niches along the battlemented wall joining the house to a massively feudal yard gateway.” Later additions circa 1845, with granite viewing tower on an octagonal plan, turrets and entrance screens added by John Macduff Derick, who later added the magnificent gateway. The house was destroyed in a fire in 1933, but the gardens and demense are open for visitors.