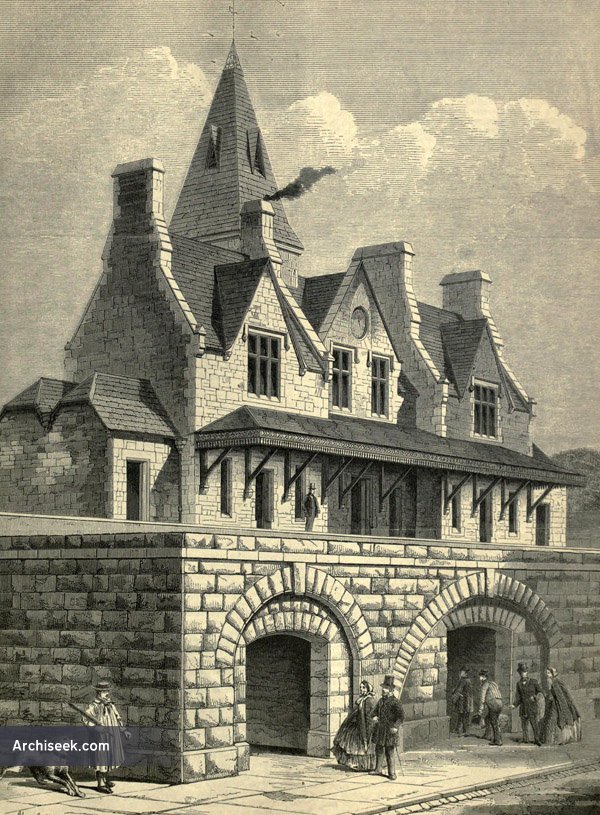 Constructed for the Vale of Clwyd Railway which was a standard-gauge line which connecting the towns of Rhyl and Denbigh via St. Asaph. The line was closed to passengers in 1955 and completely in 1962. Now demolished, except for the platform which can still be seen.

From The Building News: “THE accompanying view of Denbigh station is from a photograph recently taken, and before the arches which carry the line were completed. At present Denbigh is the terminus of the “Vale of Clwydd Railway,” which joins the Chester and Holyhead at Rhyl, but an extension to Corwen is in course of construction. The station is built of limestone, with limestone quoins, copings, and corbels. The doors, windows, and chimneys caps being of freestone. The arches are of brick with limestone facings and abutments. The architects are Messrs. Lloyd Williams and Underwood, Denbigh. The builders (for station only), Messrs. Burnsley and Sons, Birmingham, the Company’s workmen executing the arches.”