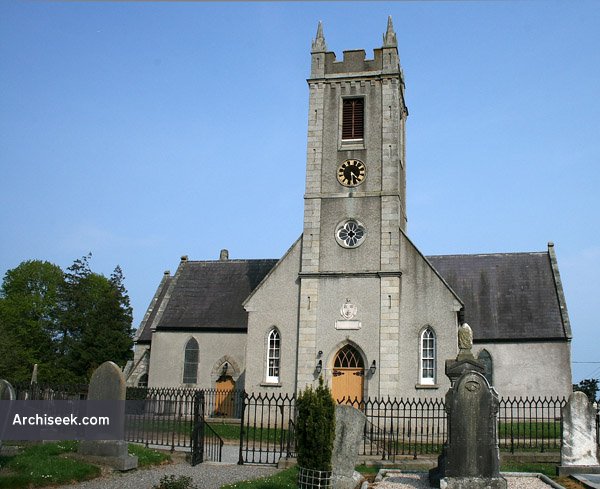 Founded in the late 1780s, built by Peter La Touche at a cost of £5,000 and possibly designed by Whitmore Davis, with later work by Joseph Welland. A new chancel with vestry on N; new aisle windows were added in the early 1870s to designs by John McCurdy. The drawings were approved in 1870. According to Glendalough Architects Reports, 1872, church had been ‘almost rebuilt’.