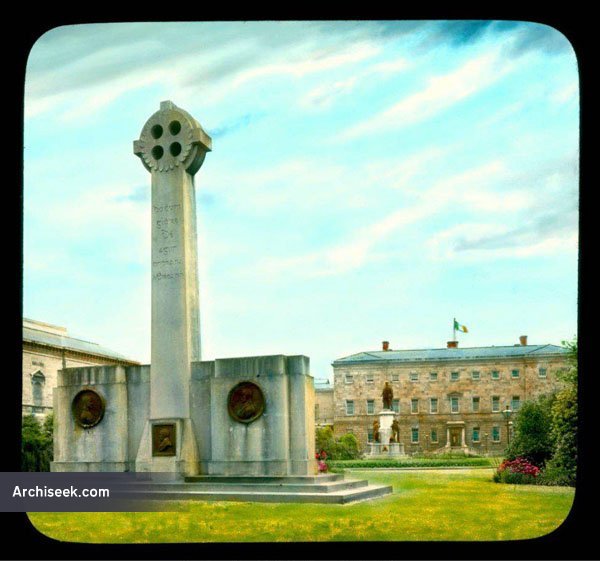 Former monument on Leinster Lawn, commemorating three of the founding figures of Irish independence, Arthur Griffith, Michael Collins, and Kevin O’Higgins. Atkinson was headmaster of the Dublin Metropolitan School of Art, 1918-1937, and first director of the National College of Art. Designed as a temporary installation, this was a cement covered timber structure, 12 metres high. The medallions of Griffith and Collins were made of plaster and modeled by Albert Power. Following the assassination of Kevin O’Higgins in 1927, a third plaque was added. This cenotaph was replaced with a permanent installation by Raymond McGrath in 1950. The 1872 memorial to Prince Albert, visible in the background, was moved to one side of Leinster Lawn at this time.