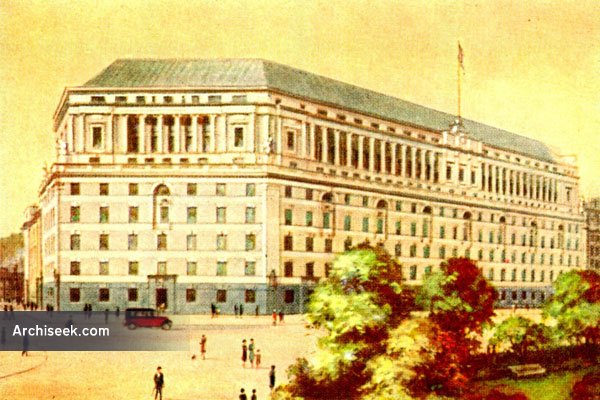 Imperial Chemical House was built between 1928 and 1931 by Sir Frank Baines in the neoclassical style of the inter-war years. Constructed as the headquarters for Imperial Chemical Industries. Around the fifth floor balustrade are carved allegorical figures in Portland stone, sculpted by Charles Sargeant Jagger, entitled The Builder, Marine Transport, and Agriculture or The Sower and Chemistry.