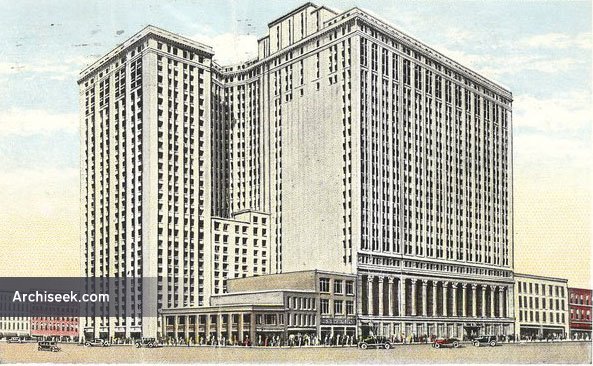 Completed in 1930, and at 341 feet tall rises 25 stories and includes two basement levels, occupying an entire block along Cadillac Square. The building was designed by Albert Kahn in the Neoclassical style and finished with limestone.

Three-story Corinthian columns surround the building at the second floor – originally denoting the main banking hall. he building also houses a parking garage in the west tower, which is accessible from Bates Street, and was designed as such. The original cornice was removed in the late 1970s, and the parapet of the building covered with corrugated aluminum.