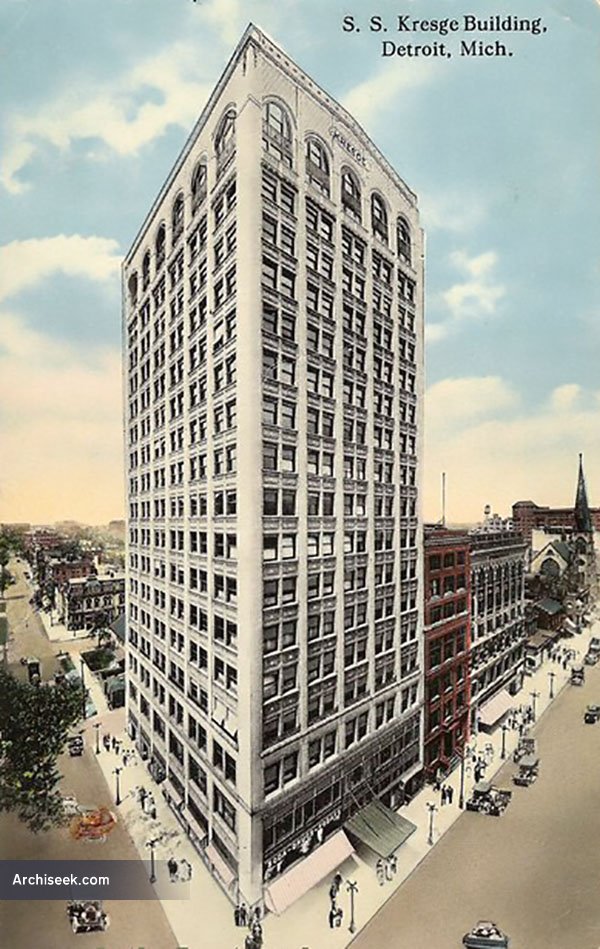 Original headquarters of the S. S. Kresge Company, one of the 20th century’s largest retail organizations, which was renamed the Kmart Corporation in 1977. Now known as the Kales Building. Kahn, in this design, was strongly influenced by the innovative Chicago school of skyscraper architecture. Kahn used a steel frame for the Kresge Building sheathed in white brick. There are modest embellishments with brick work on the lower floor and very attractively arched windows on the uppermost floor. The white panel at the top originally carried the Kresge name in clear, bold letters. In 2000, it was converted into apartments.