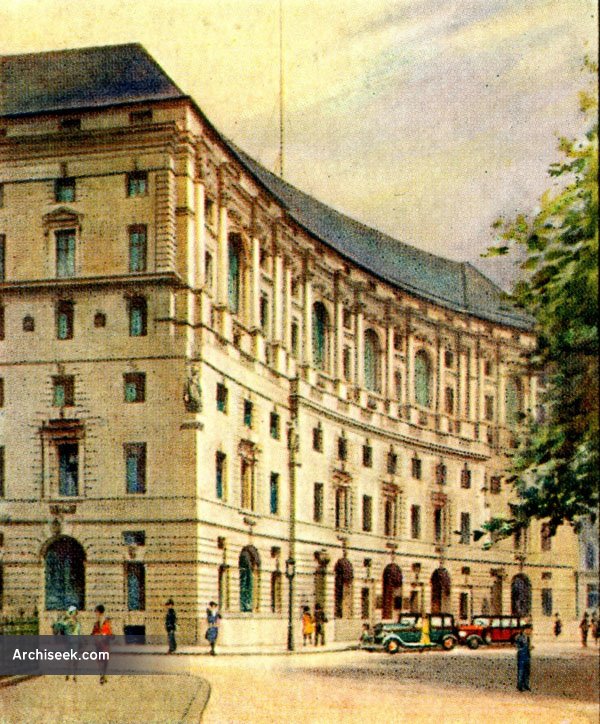 Britannic House designed by Sir Edwin Lutyens for the Anglo-Persian Oil Company, which later became British Petroleum. Henry-Russell Hitchcock says in his history of 19th and early 20th century architecture that “it fell to Lutyens’s lot to build some of the biggest business structures erected anywhere outside America” and furthermore that “Lutyens’s most successful big business building is doubtless Britannic House of 1924-7.This profits from the site between Finsbury Circus and Moorgate Street, the curve of the circus giving to the eastern front a certain major Baroque drama that is echoed in the versatile play with seventeenth-eighteenth-century in the detailing”