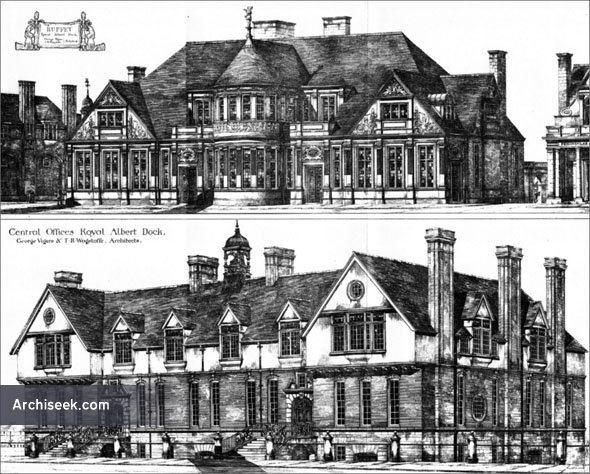 When the Royal Albert Dock opened to shipping in 1880, it was considered to be the finest dock system in the world. It was originally planned as an extension of the Royal Victoria Dock, to cope with the successful meat and tobacco trade. It was even larger than the Victoria, with over 3 miles of quay, and an entrance to the Thames far down river at Gallions Reach.

The major feature of the dock today is London City Airport, whose single runway has been constructed the length of the south side of the dock, with the dock forming the northern boundary of the airport. The filled-in dry docks and ship repair works site lie under the runway.