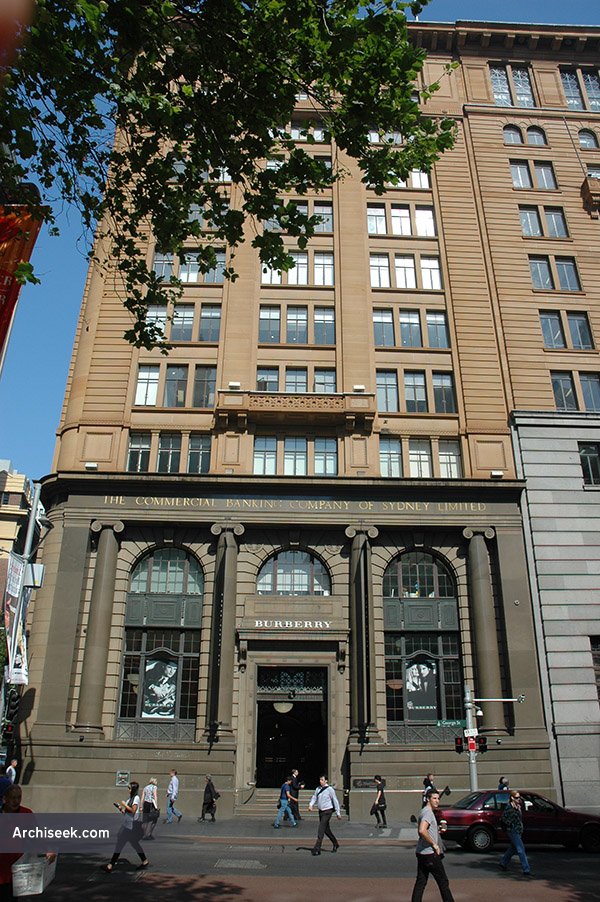 This building was designed by architects Kent and Massie as the headquarters of the Commercial Banking Company of Sydney. Completed in two stages in 1923 and 1925, it replaced earlier buildings which had been erected on the original site of the Wynyard Barracks. The CBC became part of the National Australia Bank in 1981.