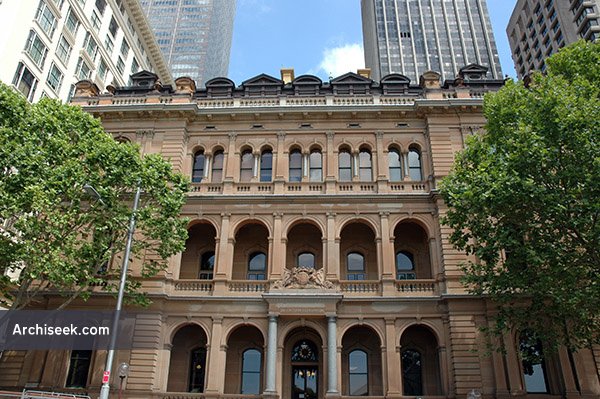 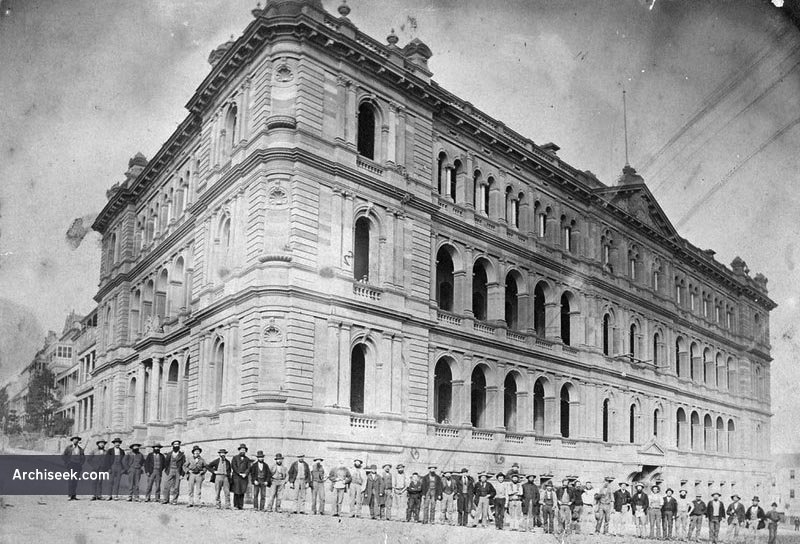 Originally the Colonial Secretary’s Building, this sandstone building was the seat of colonial administration, has been used continuously by the Government of New South Wales, and even today holds the office of the Governor of New South Wales. Constructed 1873-1880, the building was designed by colonial architect James Barnet. A fifth floor and dome were added in the 1890s by his successor, Walter Liberty Vernon, in a Second Empire style, as well as an extension south at 50 Phillip Street. Barnet resented the additions, which lessened the resemblance to his model, the 16th-century Palazzo Farnese in Rome.