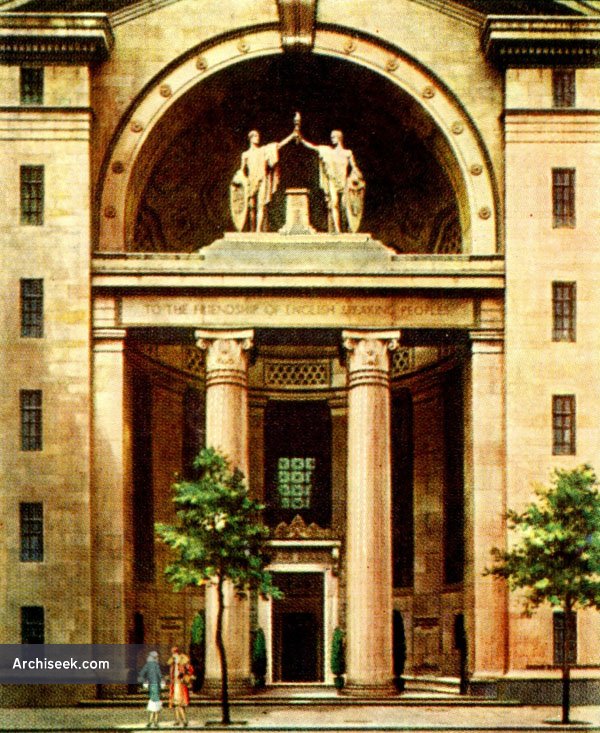 As part of the firm of Helmle & Corbett, Harvey Wiley Corbett had designed Bush Tower, a 30-story Neo-Gothic skyscraper built for the Bush Terminal Company on 42nd St. near Times Square, Manhattan. Corbett’s next major commission was in London, where again working for Irving T. Bush and the Bush Terminal Co., he was the architect for Bush House, a massive and essentially American-style office building built within the limits of strict London building codes. Built in stages after permission was granted in 1919.

The two statues at the entrance were made by American artist Malvina Hoffman. The statues symbolise Anglo-American friendship and the building bears the inscription “To the friendship of English speaking peoples”. Built from Portland stone, Bush House was in 1929 declared the “most expensive building in the world”, having cost around £2,000,000 ($10,000,000).

After the Luftwaffe damaged Broadcasting House on 8 December 1940, the BBC European Service moved into the South-East Wing of the building; the rest of the Overseas Service followed in 1958. The final broadcast from Bush House was on 12 July 2012.