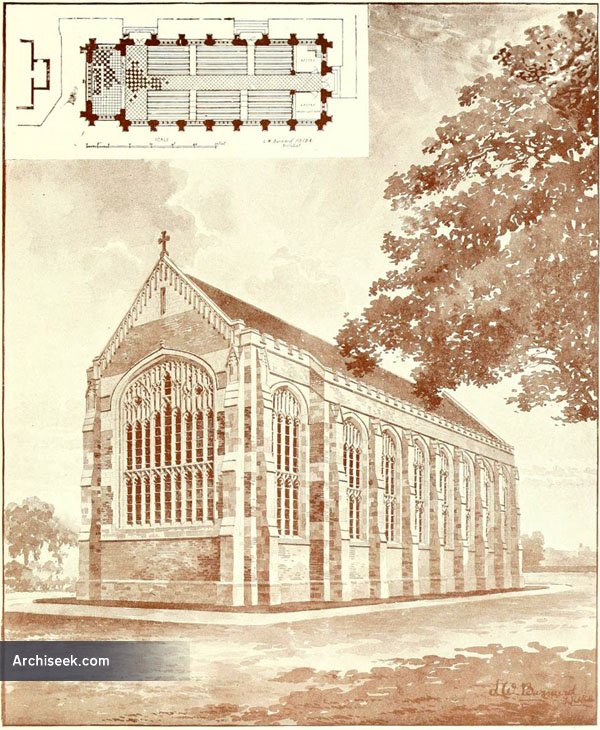 The School, originally “The Dean Close Memorial School”, was founded in 1886 in memory of local former of Cheltenham and Dean of Carlisle Cathedral, Francis Close (1797–1882). In the First World War, out of more than 700 former pupils who enlisted, more than 120 were killed; their names, along with the names of young men killed during the Second World War, are recorded in the School’s memorial chapel which was consecrated in 1923.

Published in The Building News, October 18 1919: “This chapel has been designed as a war memorial, to be built at the Dean Close Memorial School. Internally it is to be of Bath and local stone, with fumed oak fittings and open timber roof. The style of architecture and ornamentation is advisedly somewhat restrained and simple. The exterior is chieflv of stone roughly dressed, but brickwork is introduced to a slight extent, as the school buildings with which it harmonises are all of red brick. The architect is Mr. Leonard W. Barnard, F.R.I.B.A., of Cheltenham.