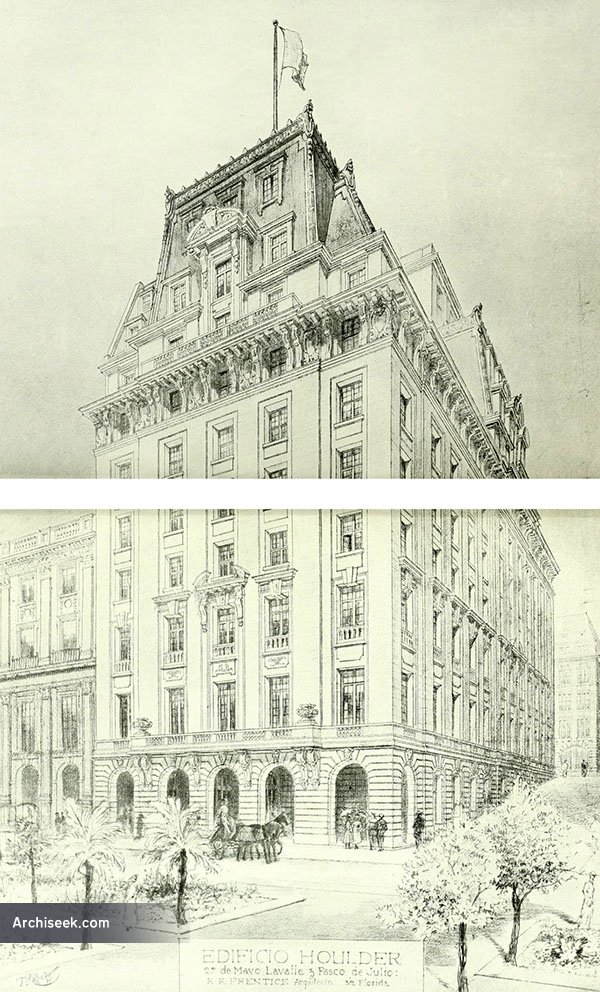 Constructed for Houlder Bros., a Leadenhall St, London based shipping line. Designed by Robert R. Prentice, a Scottish-born architect, who emigrated to Buenos Aires after the First World War, to commence independent practice but from his home and head office in Rio de Janeiro. He was elected FRIBA in early 1925, and at some point he took A Spandi into partnership. His principal buildings in South America included the Ministry of Foreign Affairs in Rio, the Central Cordoba Railway Station in Buenos Aires, and offices for the Sud-America Insurance Company in both cities. Although his work is little known in the UK, Prentice has been described as one of the finest architects of his generation. Prentice retired to Eastbourne in 1952 and died on 28 September 1960. Illustration published in The Building News, May 14 1919. The building is still standing today.