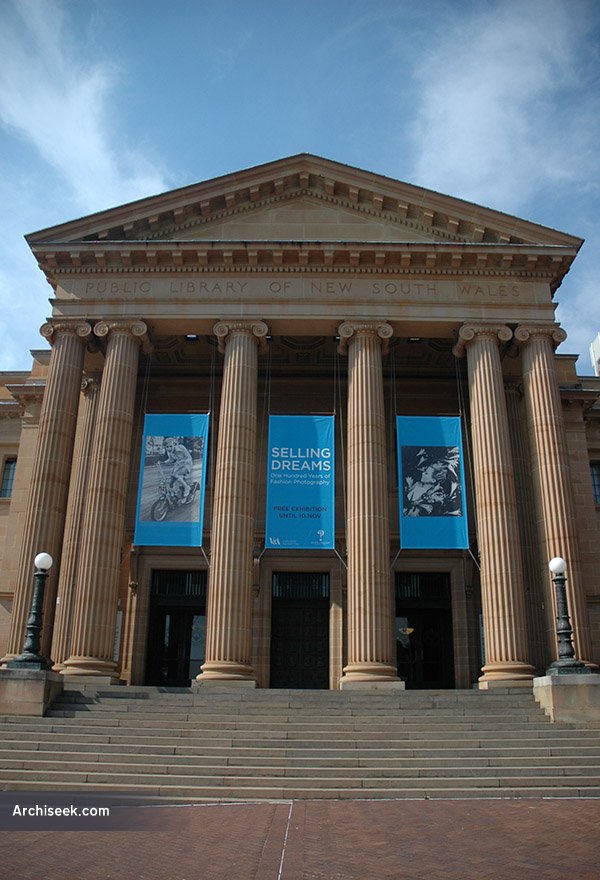 Work on the Mitchell Wing began in 1906 and finished in 1910 based on designs prepared by Walter Liberty Vernon, the Head of the Government Architect’s Branch. The Mitchell Library houses collections of Australiana bequeathed to the people of New South Wales by David Scott Mitchell, and was indeed largely constructed to accept his bequest. In 1939 work began on the central section of the building, including the portico, the ornate vestibule and its reproduced Tasman Map in marble mosaic and the main reading room. Bronze doors were presented by William Dixson and were decorated with a series of images depicting Indigenous Australian people and European explorers, sculptured by Daphne Mayo. In 1964, the final section of the sandstone Mitchell Wing was laid on the south east corner.