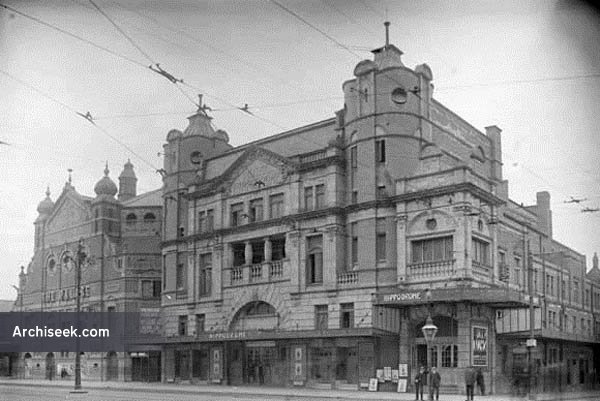 The Royal Hippodrome Theatre was constructed beside the Grand Opera House in 1908-07. Renovated in the 1960s as a Odeon cinema when it lost much of its original architectural detail. Later demolished and the site redeveloped as a hotel and extension for the adjacent Opera House.

Bertie Crewe was a London theatre architect who produced few works in Ireland, including: a proposal for South Anne Street in Dublin; and a completed building, the Coliseum on Henry Street in Dublin. This theatre was opened in April 1915 and destroyed in the 1916 Easter Rising.