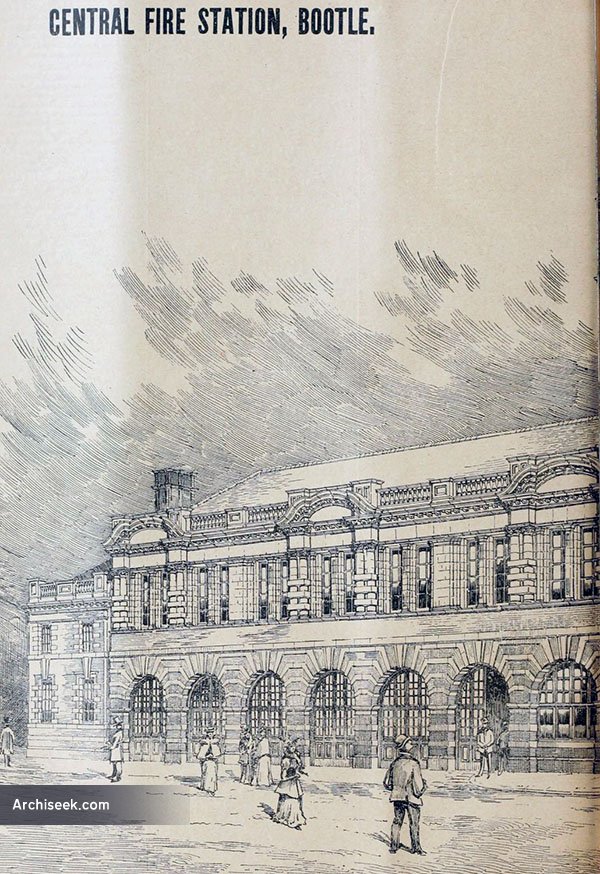 Unbuilt design for new fire station for the Bootle area. A six-bay fire station was constructed several years later to a more modest design. “The accompanying view is reproduced from the original drawing by Messrs. Briggs and Wolstenholme, of Liverpool and Blackburn, whose design was placed second by the assessor in the recent competition ; 22 architects submitted plans. It was proposed to face the buildings with red brick and buff terracotta dressings. The limit of cost laid down by the town council in their instructions to architects was £15,000.” Published in The Building News, May 13 1894.