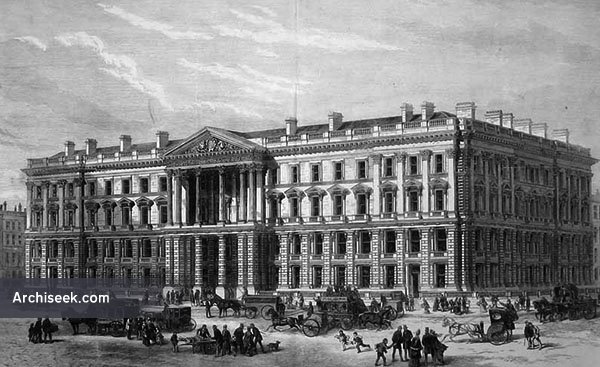 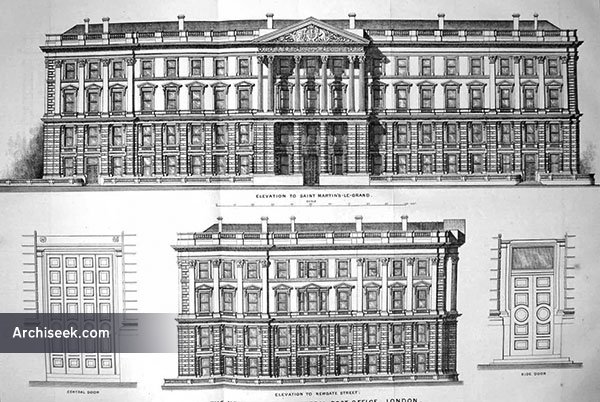 The headquarters for the General Post Office was built on the eastern side of St. Martin’s Le Grand in the City of London between 1825 and 1829 to designs by Robert Smirke. In the 1870s a new building was added on the western side of St. Martin’s Le Grand to house the telegraph department, and the GPO North was constructed immediately to the north of the telegraph building in the 1890s as the GPO continued to expand. By the end of the 19th century, it had 4,500 clerks dealing with 150,000 messages every day. The CTO was a prime target for German bombs in both world wars and in 1940 it was virtually destroyed by fire. Although the building was rebuilt after the war, most of the telegraph work was transferred to other places, and it was demolished in 1967.

BT Centre, a post-World War II building and the current headquarters of BT Group, stands today on the site of the old telegraph office. When the site was being prepared for redevelopment a large Roman mosaic floor was discovered.