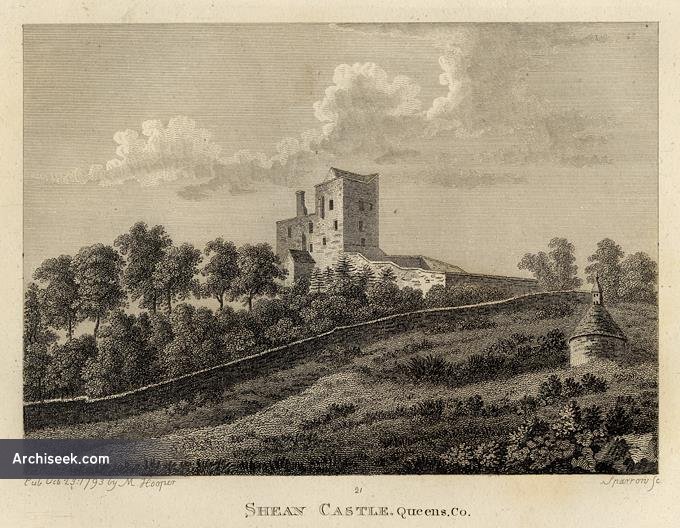 Built for Major-General Francis Plunkett Dunne in 1869, to a design by John McCurdy. It was extended ten years later by Millar & Symes. Constructed of sandstone with limestone dressings. It is believed that General Dunne obtained loans from Germany to build the castle, and rental income from his tenants was used to repay the lenders. Brittas Castle went on fire on Thursday, June 25 1942 and, despite the best efforts of the Tullamore Fire Brigade, it was destroyed. Little remains today but the ruined tower. 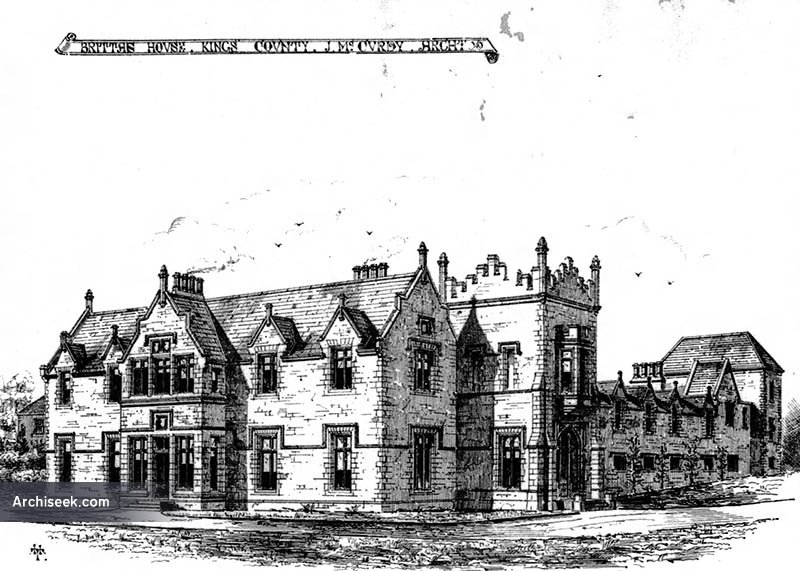 “The perspective view given in our last number represents the new mansion to be built for the Right Honourable F.P. Dunne, at his seat, Clonaslee. The site is most advantageously chosen over the slope of a hill, overlooking a beautiful undulating and well-wooded country. The whole of the external surfaces are to be of punched sandstone, with chiselled limestone dressings. The cost will be about 7,000.” Published in The Irish Builder, February 15 1869.