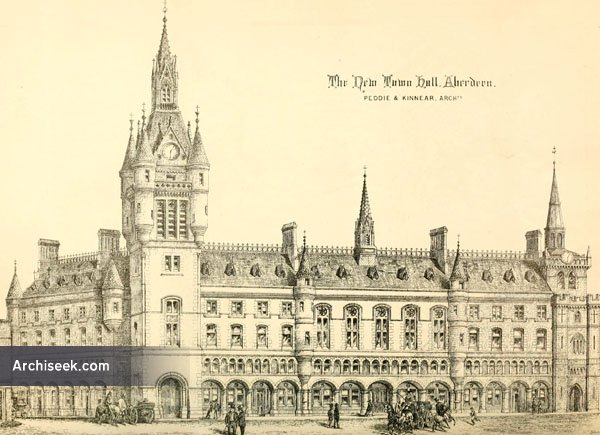 From The Building News, March 27, 1868: “WE give this week an illustration of the new townhall about to be erected in Aberdeen, at a cost, including the site, of about £60,000. The building h in the Gothic style, but strongly impressed with the well-known characteristics of the old Scottish architecture. The most striking feature is the tower, which rises without a break to the height of 72ft., and is 2Sft. square. The great hall on the first floor is 66ft. by 100ft. by 48ft , and the edifice will have a frontage in Union-street of 200ft., and in Broad-street of 11 5ft. It will )>e built of granite, and will, probably, be the most picturesque building yet attempted in that hard material.”