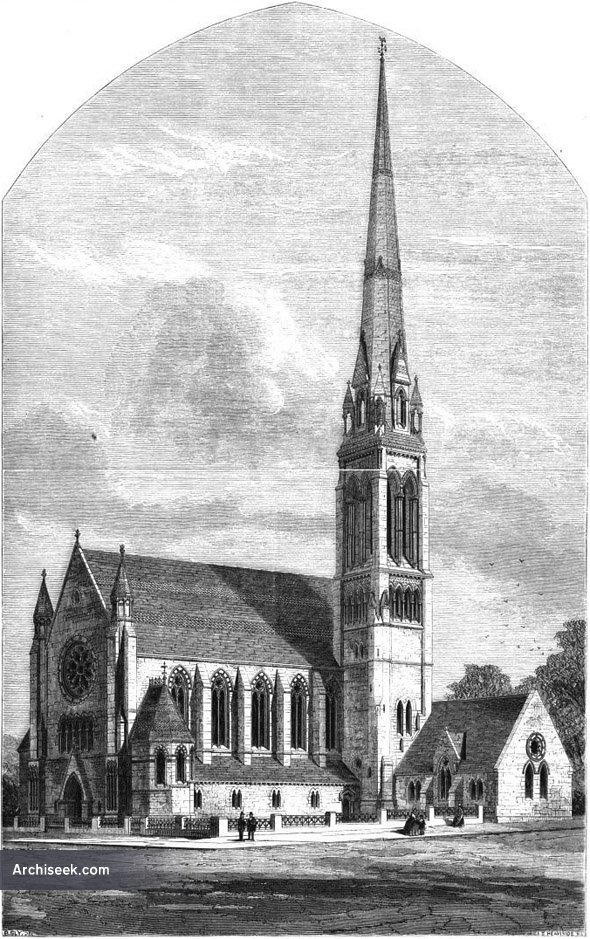 “This church, recently opened,””and a particular description of which appeared in a previous number of the Builder,””is situate in the west end of Greenock, at the corner of Ardgowan and Kelly streets. The chief peculiarity in the building, is one to which some interest might be attached in connexion with the question of arrangement of the plans of churches suitable for the congregational uses that are more or less characteristic of the different forms of Protestantism”” a question to which we have several times lately called attention. The peculiarity in previous cases, it may be remembered, consisted of the use of aisles so narrow as to serve only for passages, whereby the piers were not obstructions. A similar arrangement is observed here, in what may be described as side-corridors outside the main walls of the church, and having the appearance externally of low aisles. The clerestory walls, or rather the side walls proper of the church, are supported, it is hardly necessary to repeat, on stone piers; whilst the pews communicate directly with the corridors. The extreme length of the church within the walls is 84 feet, exclusive of a semicircular apex; and the width is 48 feet. The hewn stone is from the neighbourhood of Glasgow. The church accommodates about 950 persons, and, with the adjoining hall, session-house, ic, has cost about 6,0O0i. The tower has as yet only been carried up about twenty feet above the eaves. The architect is Mr. Honeyman, jun., of Glasgow. The contractor for the masons’ work was Mr. Thomas Watson, Glasgow; and for the carpenters’ work, Mr. D. Anderson, Greenock. Mr. Shanks, Glasgow, was the carver; and Mr. James Calderwood, the clerk of works.” From The Builder, August 15 1863.