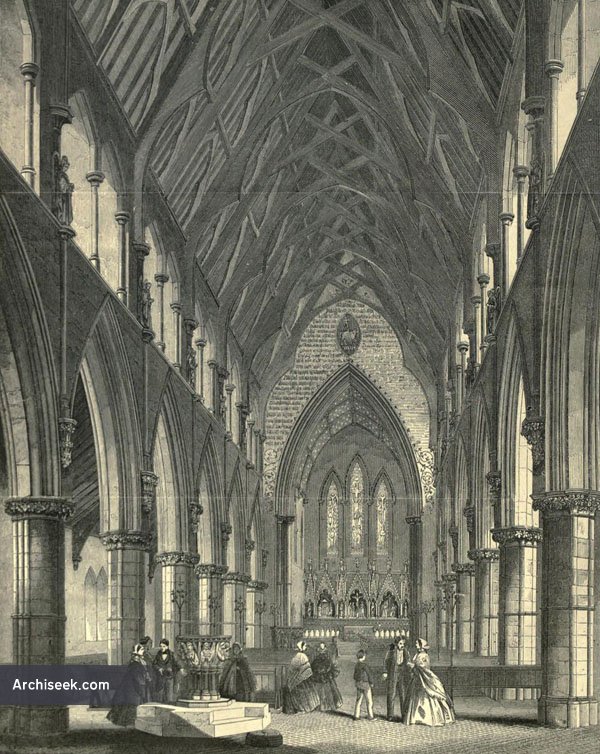 Consecrated on 30th October 1855, but plans for a spire were never realised. Burnt out on 24th November 1940 when it was hit by an incendiary bomb. Most of the building exterior survived, but it remained a ruin until it was finally demolished in 1967, the rubble simply being buried in the churchyard. The churchyard is now a small park.