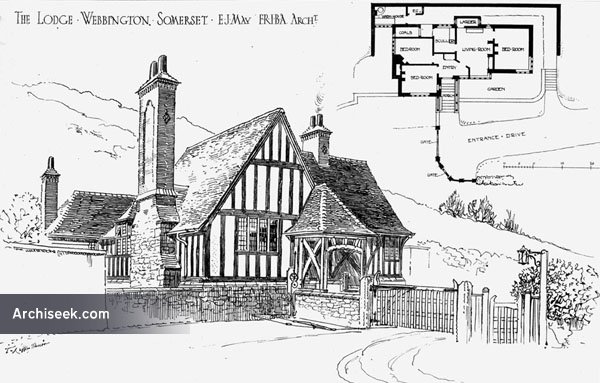 Published in The Building News, October 17th 1884. Lodge at Webbington designed by Edward John May, (1853–1941) who an English architect and the last pupil of Decimus Burton. He then went to the assist Eden Nesfield who was at the time working in partnership with Richard Norman Shaw. He entered the Royal Academy Schools in 1873. He won the RIBA Pugin Prize in 1876. Shaw commended May as Estate Architect at Bedford Park, London in 1880 and May held that post until 1885. He lived at 6 Queen Anne’s Grove, Bedford Park from 1881 to 1890. He was architect to the Church of England Waifs and Strays Society and to the Governesses’ Benevolent Institution. His office was at Hart Street, Bloomsbury, London. He retired in 1932.