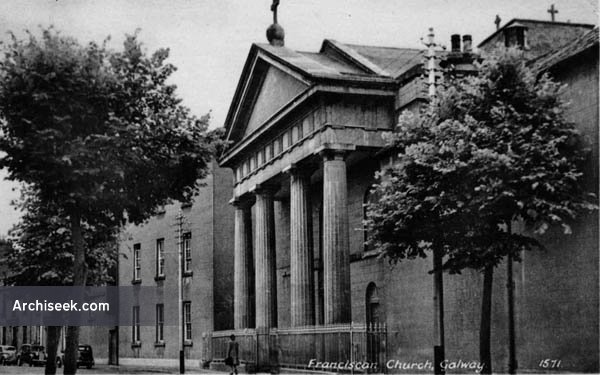 A Franciscan Abbey was founded in 1296 on St. Stephen’s Island where the present courthouse is situated. In 1660 a church was erected on the present site, and a Novitiate followed in 1774. By 1781 the church was rebuilt, and around 1848 the church in its present form opened after the addition of a crisp Doric portico and remodelling by James Cusack. Renovated in 1970s. Largely unchanged interior – the altar railings have been removed.