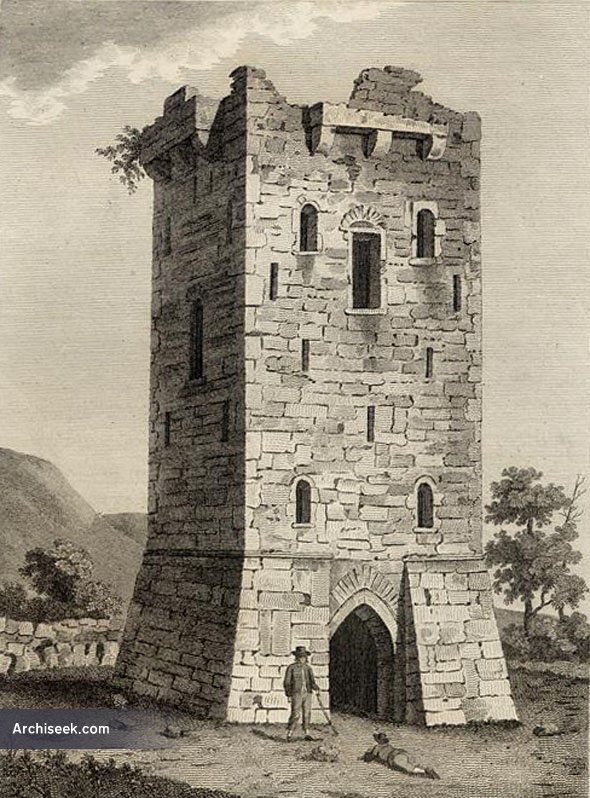 Illustrated as largely intact in 1794, the castle is now much decayed. Probably built after the previous castle was burned in 1315, it is a massive four storey tower on a motte. It was probably still in use in the 16th century when mullioned windows seem to have been inserted into the top floor.