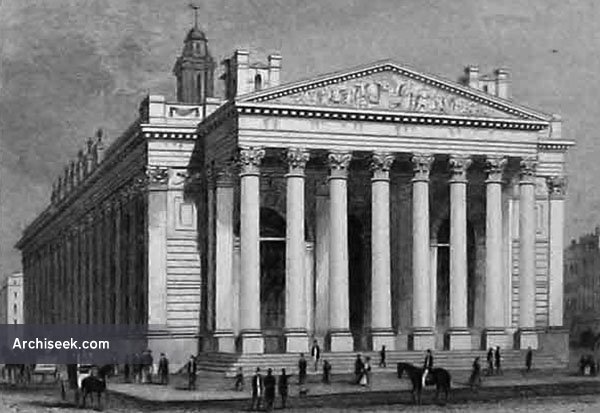 The Royal Exchange in London was founded in the 16th century by the merchant Thomas Gresham to act as a centre of commerce for the City of London. This is the third Royal Exchange building, and was designed by William Tite and adheres to the original layout – consisting of a four-sided structure surrounding a central courtyard where merchants and tradesmen could do business. The internal works, designed by Edward I’Anson, made use of concrete — an early example of this modern construction method. It features pediment sculptures by Richard Westmacott, and ornamental cast ironwork by Henry Grissell’s Regent’s Canal Ironworks. It was opened by Queen Victoria on 28 October 1844, though trading did not commence until 1 January 1845. Since 2001, The Royal Exchange is now a luxurious retail centre with shops, cafes and restaurants.