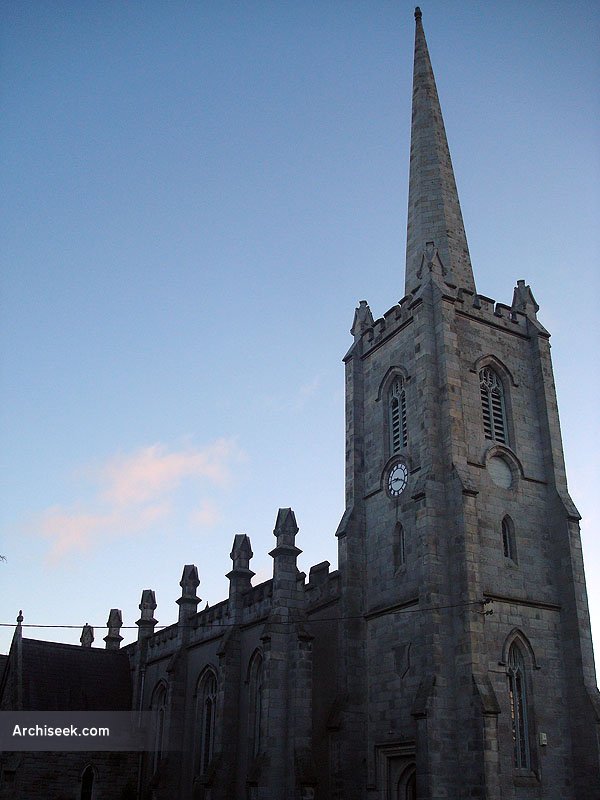 Constructed on a site donated by the Earl of Pembroke and funded a grant by the Board of First Fruits, a further donation of money by the Pembrokes and money raised locally. The church was built between 1821 and 1824 with designs by John Bowden and finished after Bowden’s death in 1822, by Joseph Welland. Extended in 1869 by Rawson Carroll who added a southern transept, chancel, robing-room and porch. The total cost of the initial construction was £4,016 17s.

The initial structure was described as “handsome, in the later English style, with a square embattled tower with crocketed pinnacles at the angles, and surmounted by a lofty spire; the walls are strengthened with buttresses terminating in pinnacles, and crowned with an embattled parapet.”