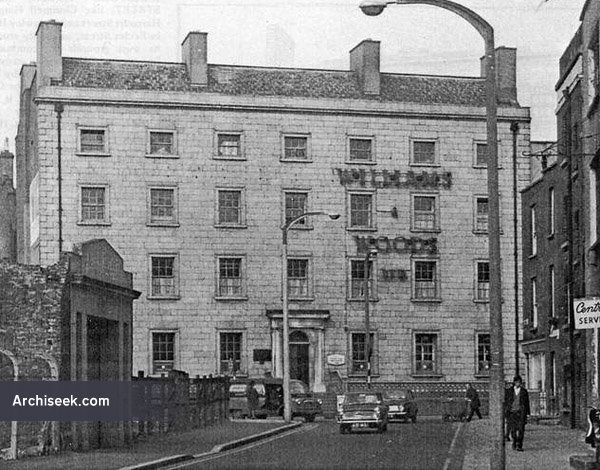 Simpson’s Hospital was founded in 1779 under the terms of a Mr George Simpson’s will, a Dublin merchant who left bequests to many charities including funds to establish Simpson’s Hospital. Moved to their present location in Dundrum in 1825, the building was eventually taken over by confectionary manufacturer Williams & Woods in 1876. The main hospital building was an important site in the history of the 1916 Rising, and originally included a garden which extended as far as Loftus Lane. Sold by Williams & Woods in 1978, and is now the site of cinemas. Demolished in 1978.