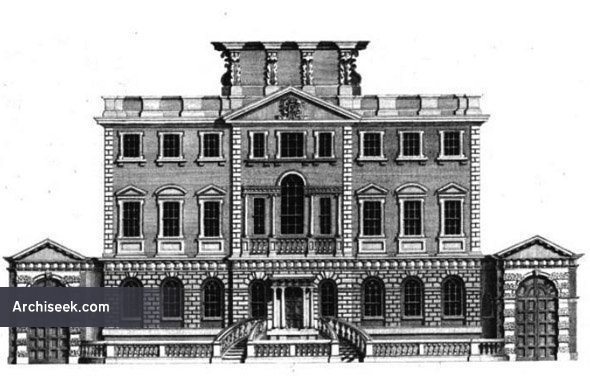 The house built for Richard Wingfield, the third Viscount Powerscourt was designed by Richard Cassels. It was built at a cost of £80,000 in 1771-4. The gateway to the right of the house led to the stables, that to the left to the kitchen and other offices. Richard, fourth Viscount, sold the house to the Crown for £15,000, and it was devoted to the use of the Commission of the Stamp Duties in Ireland until 1811 It was converted to a shopping centre in 1981.

There are still many fine features inside, notably the main staircase with its ornate woodwork and plasterwork.