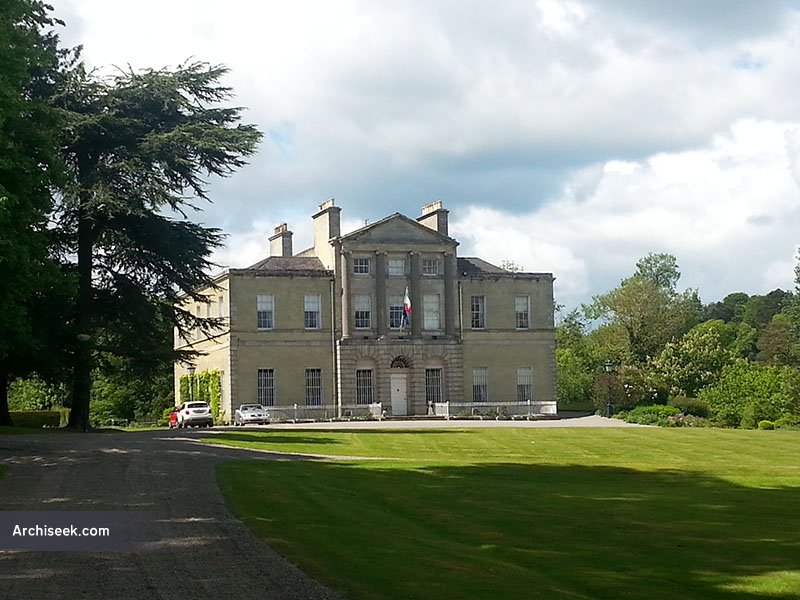 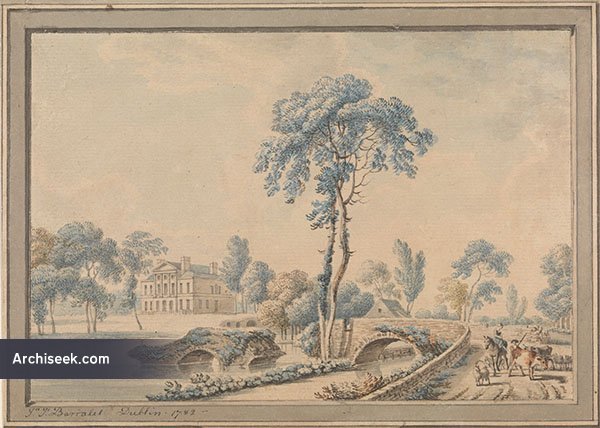 Lucan House, often described as a pure Palladian villa, was constructed by Agmondisham Vesey, who cleared the previous residence and began construction in 1772. Vesey, although not an architect, designed the house in conjunction with William Chambers, with Michael Stapleton responsible for the plasterwork.

However this image by John James Barralet, and in the Paul Mellon Collection at the Yale Center for British Art is inscribed: “Lucan House, Co Dublin, built 1776 by the Rt. Hon. Agmondisham Vesey from his own designs with the help of the Dublin builder Michael Stapleton”.

The estate passed through the Sarsfield, Vesey and Colthurst families through marriage – the descent of the house was through the female line, as no member of the family produced a male heir.

In 1925, the entire contents of the house were sold at auction. In 1954, it was purchased by the Italian Government for use as the residence of the Italian Ambassador to Ireland. At the time, they purchased the house, it was an empty shell.