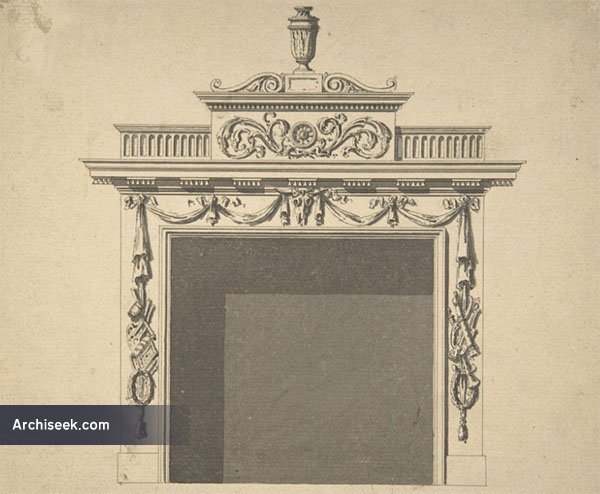 Lord Charlemont had met and befriended Sir William Chambers in Italy while Chambers was studying roman antiquities and Charlemont was on a collecting trip. Years later, he hired Chambers to design the Casino at his estate at Marino in Dublin, and later his townhouse – Charlemont House. Charlemont’s extravagant building and collecting left his estate in financial difficulties and his successor the 2nd Earl sold everything but Charlemont House, the Casino and Marino house. Charlemont house was sold to the government in 1870 becoming the General Register and Census Offices for Ireland and later the Municipal Gallery for Modern Art.

Drawing from the Metropolitan Museum of Art.