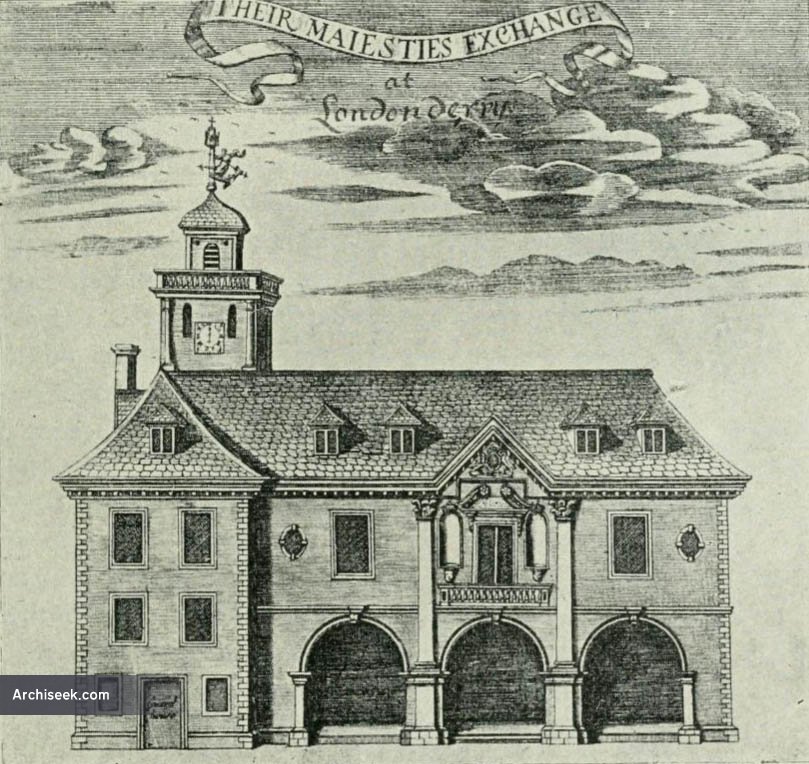 Built to replace the Exchange of 1622, which was largely destroyed during the Siege of Derry. According to the Ordnance survey of the county of Londonderry (1837): “The Town House or Their Majesties Exchange was accordingly rebuilt by the corporation in 1692 on the 15th of April in which year the first stone was laid by Bishop King and Alderman Lecky The plan was designed by Captain Francis Neville.”

Described in Tours in Ulster a hand-book to the antiquities and scenery of the north of Ireland., published in 1854.”….a grant of 1500 was given by King William and Queen Mary for this purpose, to which a sum of 300 was added by the grand jury of the city and county. It was rebuilt, accordingly, in the year 1692, after Mr. Neville’s plan ; and in 1823 the Corporation gave this building a thorough repair, almost amounting to a re-erection, at the expense of 5500. It was completed in 1826, and contains a very fine assembly-room, 75 feet by 36 feet, a commercial-room, a news-room, &c., and is admitted to be one of the most elegant and convenient town-halls in the kingdom.”