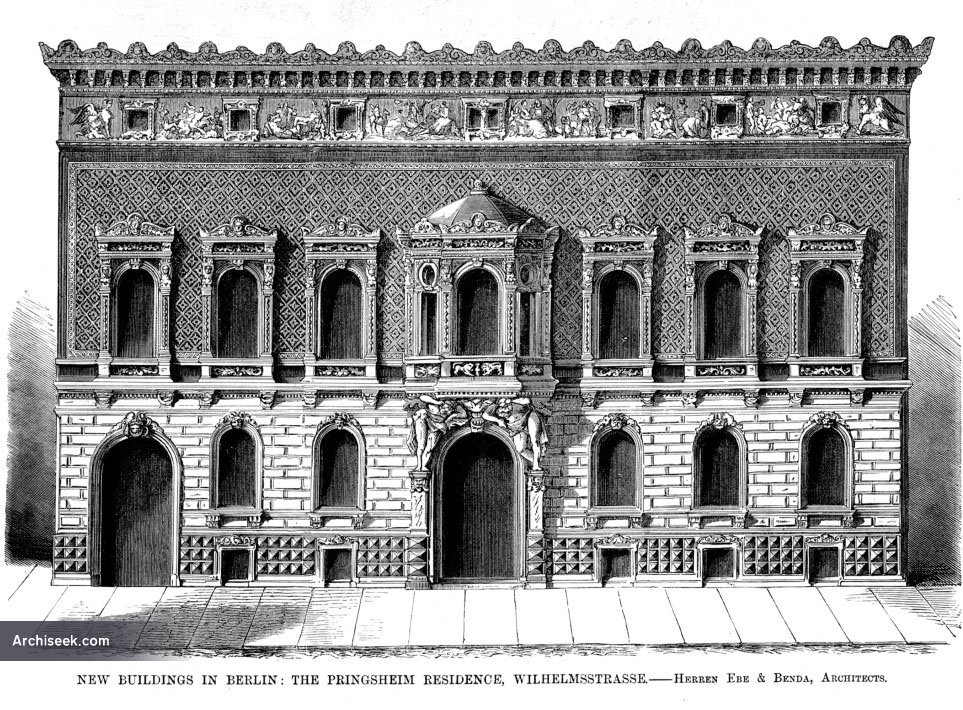 Elaborate villa from a rich Berlin family at the height of the German Empire. Rudolf Pringsheim was a leading Prussian railway owner, and this his “palace” was the first in Berline to maker full use of colourful materials. The neo-renaissance facade was decorated with German fairytale figures – the massive oriel window in the centre was supported by gigantic figures from German myths. Pringsheim was Jewish as were his architects, and this building was one of several that marked the emergence of a Jewish financial elite. Like a Venetian palazzo, the state apartments are up one floor with large windows overlooking the street. Published in The Builder, September 15th 1877.