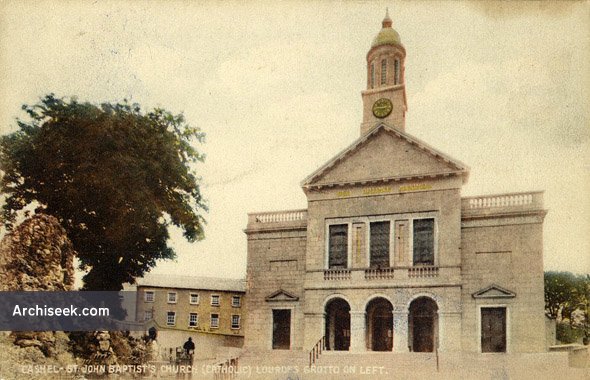 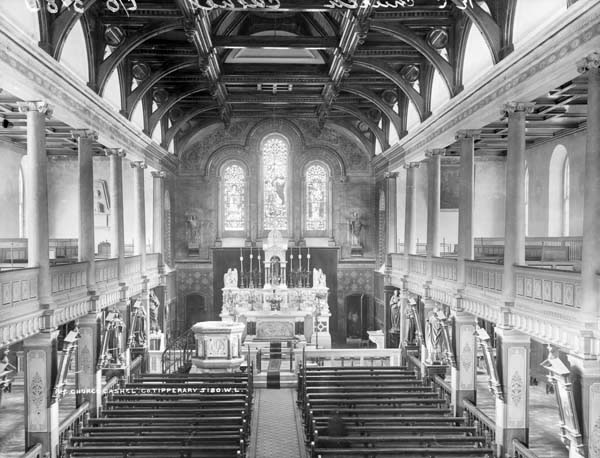 Designed by John Roberts the original structure of this church dates from the late-eighteenth century while the tympanum and other so-called embellishments were added by W.G Doolin in 1890. Our illustration shows the church without the gilded mosaic tympanum in the main pediment, and so predates Doolin’s work. Doolin also closed up the central window and replaced it with further mosaic work. There is a fine galleried interior with sacristy fittings by Doolin including a marble pulpit of 1892. There was further interior work by S.F. Hynes in 1907. The church stands on the site of Cashel’s medieval franciscan friary. 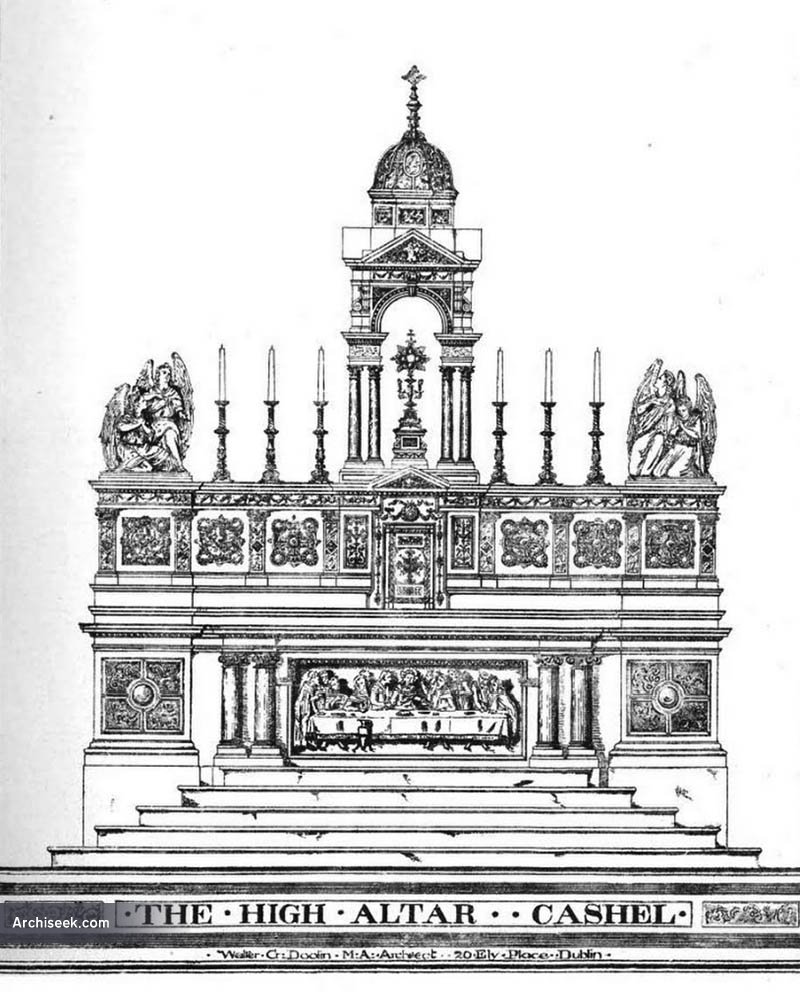 “The subject of our illustration is the munificent gift of Mr Michael Ryan, a merchant of Cashel, to the church of his native town -a massive high altar, built entirely of marble, erected at a cost of nearly 800, and is only one of a number of gifts of the same generous donor. The main body of the work is of Sicilian marble, all the carved portions, including the frontal and tabernacle, being of pure statuary, but coloured inlays have been largely used and with good effect, especially in the dome ,which is richly decorated in Florentine mosaic. The design has been carried out in its integrity with the exception that in the antependium a Pieta has been substituted for the Last Supper shown in our illustration. The work has been most creditably carried out by the sculptors Messrs. P.J. Neill and Co. of Great Brunswick street, from the designs of Mr W.G. Doolin MA architect. The entire church which is a massive old Georgian structure has lately been renovated and decorated. Stained glass windows have been introduced and a marble altar rail has been provided through the exertions of the Very Rev T.H. Kinane VG Dean of the Archdiocese of Cashel.” Published in The Irish Builder, January 1 1891.