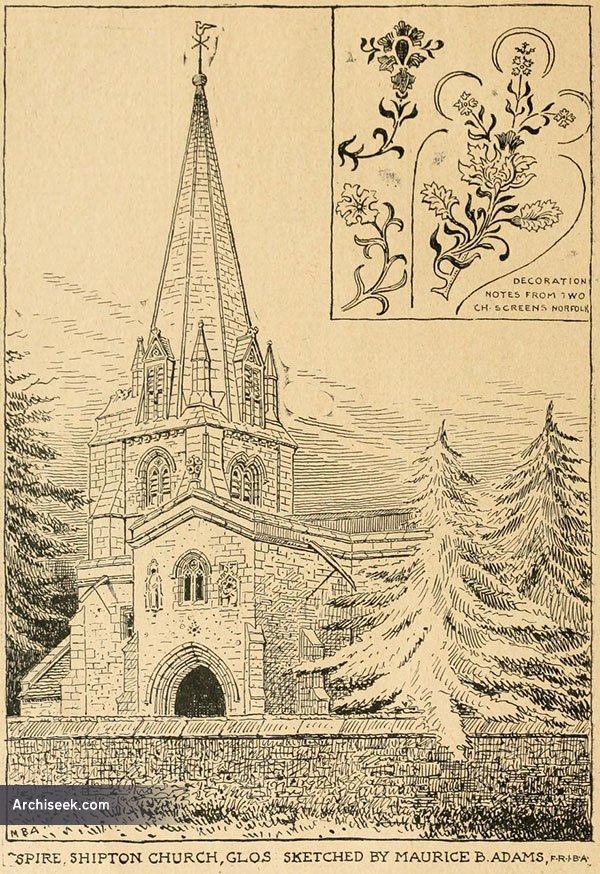 The church is in the middle of the village overlooking the village green and is immediately visible from the main road. It was first mentioned in 1115 when Henry I gave land at Shipton to maintain a stall in Salisbury Cathedral. The present church was mainly built in the 12th century with some Norman work having been carried out on the tower. The chancel arch is late Norman, and the two-story south porch was added in the 14th century. “The church is chiefly of Early English character, though the chancel, of much later date, is Perpendicular in style, with an eastern window of Jacobean detail. The tower and spire form the chief feature of the building. George Edmund Street, R.A., carefully restored the fabric when he was Diocesan architect !or Oxford.” Published in The Building News, February 26, 1919.