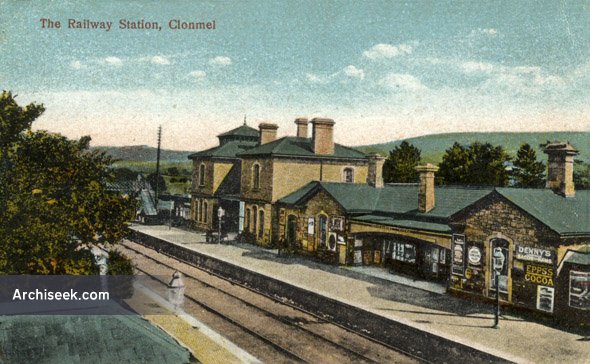 Fine railway station with adjoining stationmaster’s house built for the Waterford & Limerick Railway Company. The building is finished in a grey ashlar. The route was commenced in 1848 and finished in 1854 – one of the oldest routes in Ireland, and the first approved by the British Parliament. The company later merged with the GS&WR.