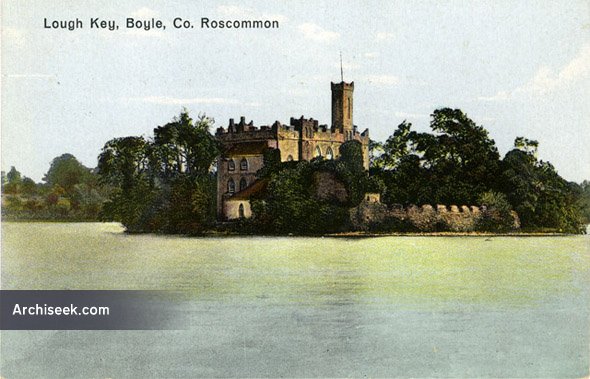 Sited on Castle Island (named due to a 13th century tower on it) in Lough Key, and locally attributed to John Nash. Built originally as a folly or large summerhouse for nearby Rockingham House. After being a ruin for many years, it is currently undergoing restoration.