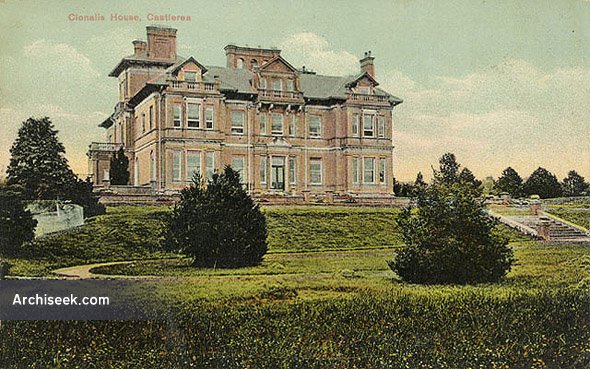 Two storey Italianate house designed for Charles O’Conor Don, replacing an earlier residence on Clonalis Estate dating from approximately 1750. This imposing building has 45 rooms and combines elements of of both Queen Anne and Italianate architectural styles. Clonalis has been sensitively restored over the last decade and accepts guests.