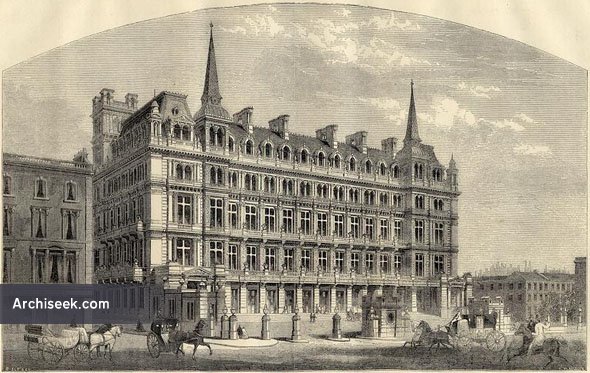 Cannon Street Station opened in 1866. In 1867 an Italianate style hotel and forecourt designed by E.M. Barry was added. This provided much of the station’s passenger facilities as well as an impressive architectural frontispiece to the street. This arrangement was very similar to that put in place at Charing Cross. Barry’s five-storey City Terminus Hotel underwent two changes of name: first to Cannon Street Hotel, and later, as an office block, to Southern House. The hotel, which had been used as offices since 1931, was demolished in 1960.