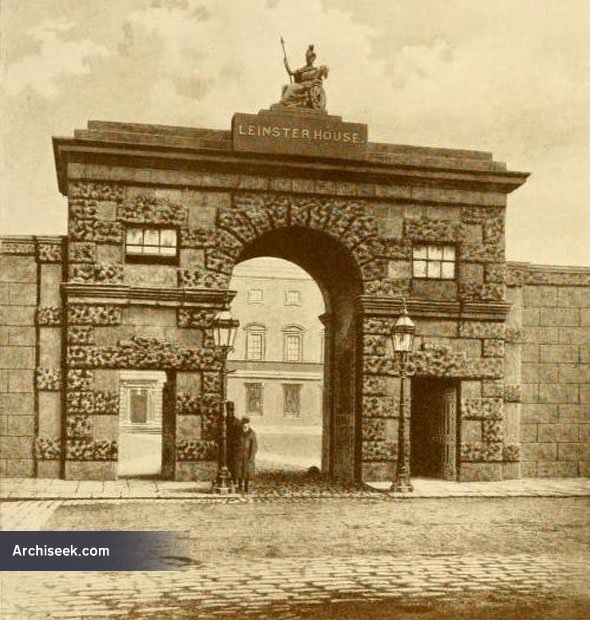 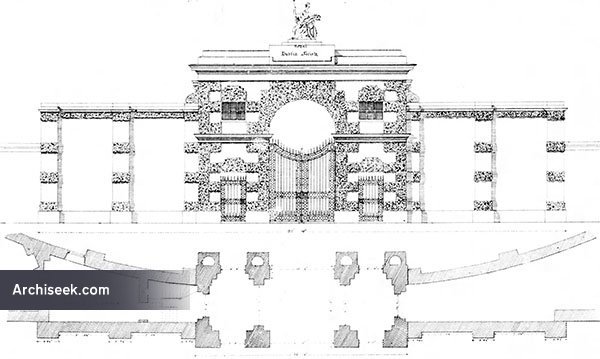 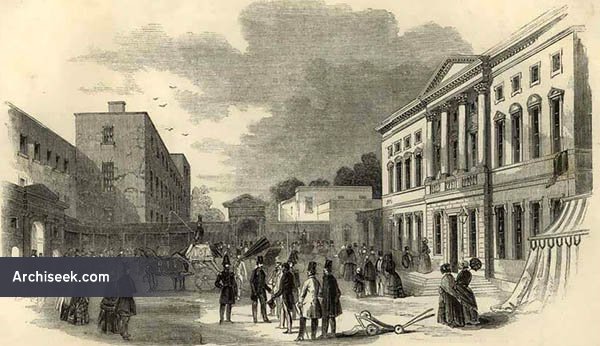 Former gateway to Leinster House which terminated the vista of Molesworth Street from Dawson Street. Demolished with the development of the National Museum and Library adjacent to Leinster House in 1883. The gateway is seen here surmounted by the logo of the Royal Dublin Society which owned Leinster House between the Kildares and the State purchase for use as a parliament. The RDS took over in 1815. The figure of Minerva (or Hibernia), by Edward Smyth, was placed on the gateway of Leinster House upon the change of ownership.