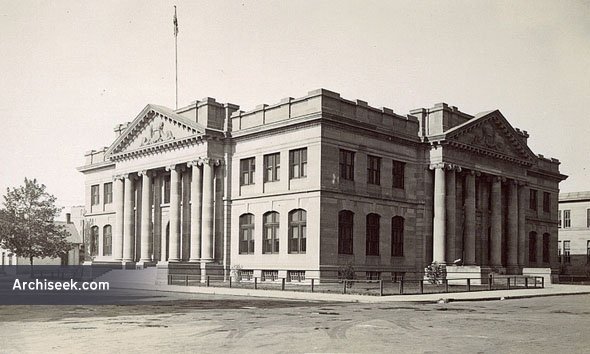 Early design work was completed by unknown Department of Public Works architects while final details were overseen by Allan Merrick Jeffers, the provincial government architect. Described in The Edmonton Daily Capital in 1912 as “A gallery runs round the four sides of the rotunda on the second floor, and here also the interior is ornate with plaster columns, pilasters and beamed ceilings, the centre feature being an ornamental light set in plaster work. Opening on the gallery are the doors leading to each of the four court rooms and library. Between the court rooms are situated the jury rooms and judges retiring room.” Demolished in 1972.