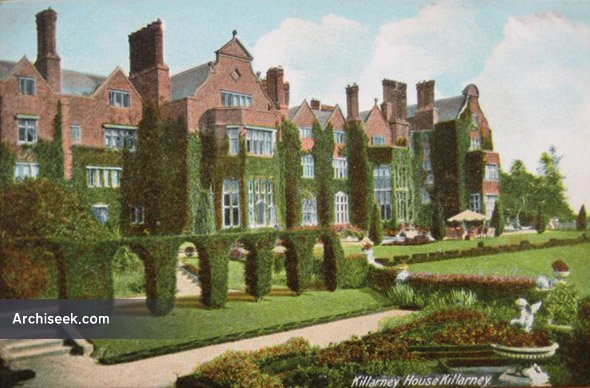 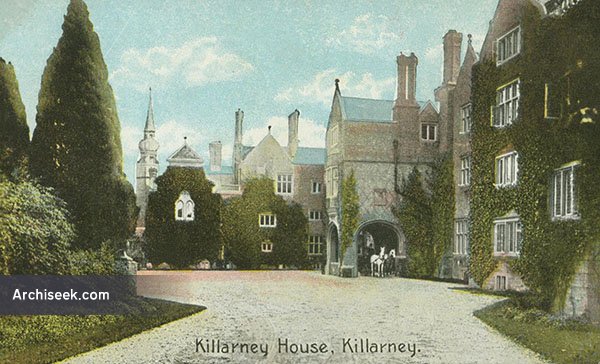 Designed as a replacement for Kenmare House of 1726 as the seat of the Earls of Kenmare. Legend has it that the site was selected by Queen Victoria on her visit to Ireland. The old house was demolished and this Elizabethan-Revival manor house by George Devey, assisted by W.H. Lynn, was constructed. The cost was well over £100,000. Probably not the most successful of Devey’s designs, the relentless red-brick gave it an institutional feel. 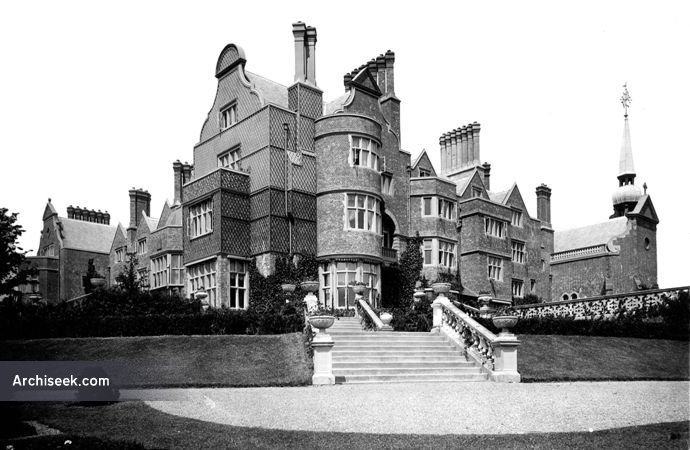 It was destroyed by fire twice, once in 1879 just after its completion, and again in November 1913 and never re-built. Instead the stable block of the demolished Kenmare House was converted for family use. Killarney House and the Browne estate in Kerry were donated to form Killarney National Park.