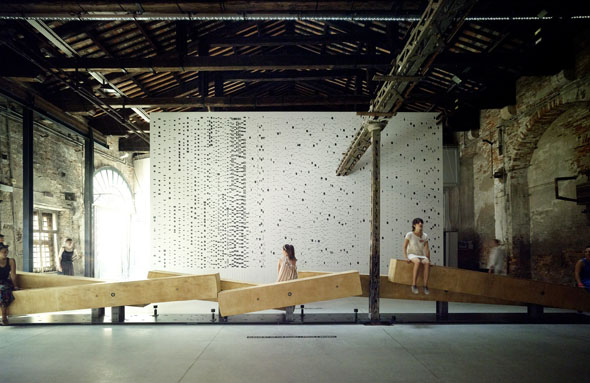 The Irish Ambassador to Italy has officially inaugurated an exhibition by the Irish architects heneghan peng at the Irish Pavilion at the 13th International Architecture Exhibition as part of la Biennale di Venezia. The exhibition, titled ‘Shifting Ground’ is one of 56 national pavilions. At the heart of the exhibit, which was coordinated for Ireland by Commissioner Elizabeth Francis, is the idea that contemporary Irish architecture has a global identity bound up in transnational collaborations of world-class work.

The Dublin-based architects heneghan peng are currently working in three continents and are the architects responsible for the recently opened Giant’s Causeway Visitors’ Centre in Antrim, a bridge at the London Olympics and the new Museum at the Pyramids in Egypt. While heneghan peng are the official Ireland at Venice delegation, four more Irish architects are featured at Venice. Two firms – Grafton Architects and O’Donnell + Tuomey – were chosen by the Director of the Biennale to feature in the exhibition’s notable international curator’s programme. A fourth firm – Clancy Moore Architects – is to be included in the Backstage Architecture exhibition and book, a show presenting work by 56 architects under the age of 40, selected from around the globe. Finally, Dublin practice Boyd Cody Architects are among the Greek and international practices invited to contribute to the Greek Pavilion. 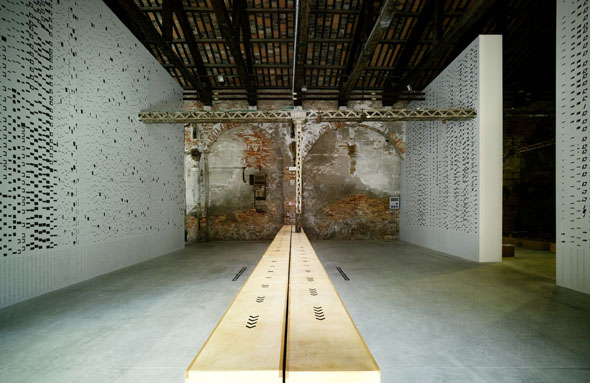 ‘Shifting Ground’ looks at architecture’s relation to networked flows of products, data, and knowledge. It asks how could a global architecture be grounded culturally, philosophically and spatially and how can it situate itself outside of shared national reference points. The Pavilion of Ireland is composed of a series of wall drawings and a 12-meter long bench constructed of 6 interconnected sections for resting. 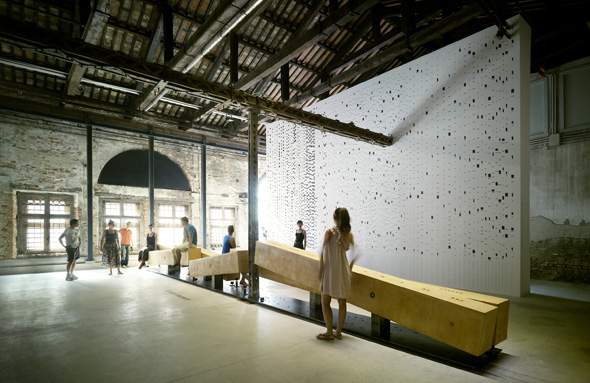 “Ireland’s presentation at this major international event represents a key opportunity to highlight the creative talent and high reputation of Irish architects. While heneghan peng and the other Irish architects presenting work at Venice already have a considerable international reach, their work showcases the rich pool of architectural talent available in Ireland and will lead to further opportunities for Irish architects globally.” said the Ambassador at the opening

Ireland at Venice is an initiative of Culture Ireland in partnership with The Arts Council of Ireland. Supported by Department of Arts, Heritage and the Gaeltacht and RIAI, The Royal Institute of the Architects of Ireland and Arup.