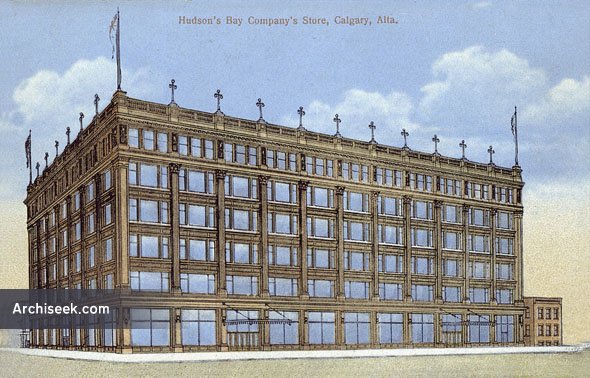 Magnificent Edwardian department store of six storeys with the facade organized into three divisions. The base features display windows behind an arched colonnade. The middle division, the second to fifth floors, features unifying engaged pilasters and the sixth floor with its decorative cornice is the third division. The Calgary store’s interior has been renovated several times over the years. The exterior, clad with cream-glazed terra cotta pieced together to give the appearance of load-bearing construction, remains virtually unchanged, as does the colonnade with Quebec granite columns.