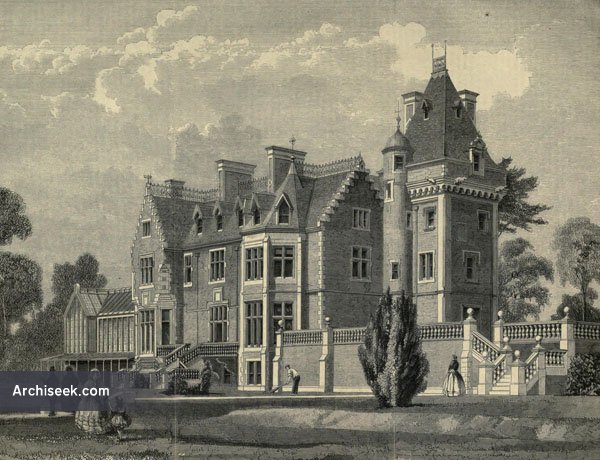 David Carnegie of Stronvar purchased the Eastbury Park Estate in 1857 and rebuilt the mansion and many other estate buildings to designs by Scottish architect David Bryce. The whole estate was sold to Frank Murray Maxwell Hollowell Carew in 1887 and after a chequered history as a girls school and country club, was requisitioned by the MOD in 1940. The mansion, which served as the officers’ mess, was destroyed by fire on 20th February 1969.

“The mansion which we illustrate at page 877 was built for Mr, Carnegie, situated in Eastbury park, Pinner. Mr. Brice, of Edinburgh, was the architect ; Mr, Harding the builder. The cost, including outbuildings, &c., was about £35,000.”