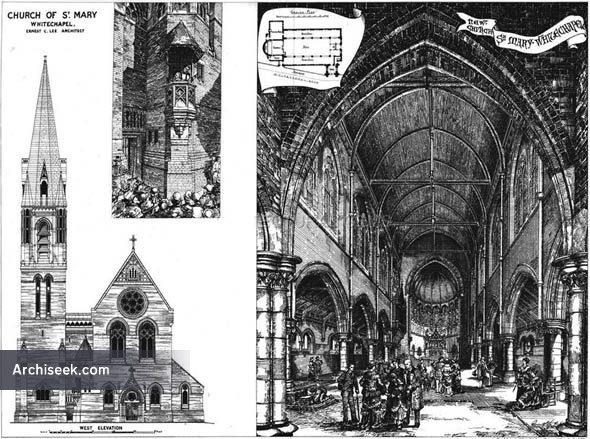 Completed in 1877. Three years after it had been opened on the 26th of August 1880, it was destroyed by a fire which left only its tower, vestry and church rooms intact. It was rebuilt and opened once more on the first of December 1882, this time with a capacity for 1600 worshippers and included an external pulpit for sermons. During the Second World War, on the 29th of December 1940, enemy fire raid destroyed the Church. It was left in disrepair after this till it was finally demolished in 1952. The site of the church now houses a public park called Altab Ali Park, an outline of the footprint of the church is now all that remains. Elevation, Interior & Outdoor Pulpit as published in The Building News, September 8th 1876.