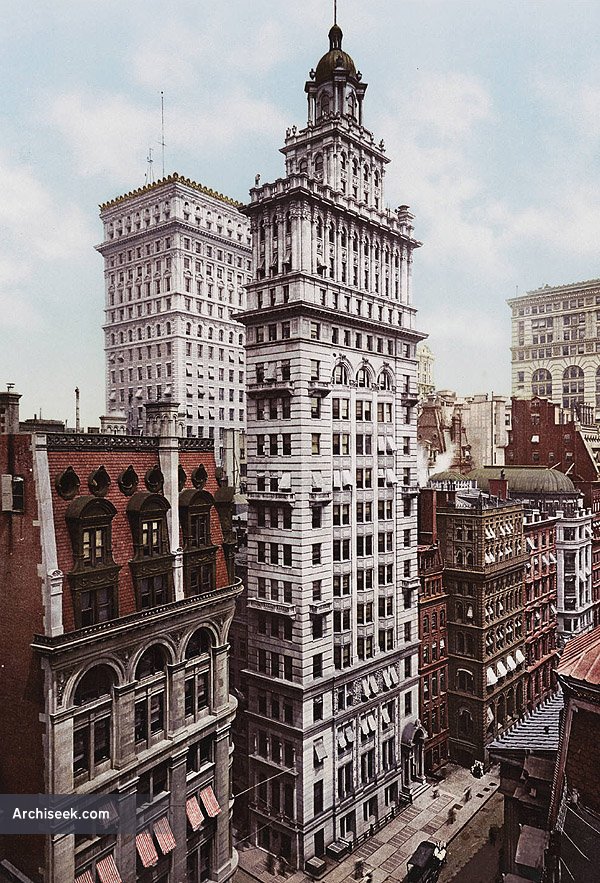 The Gillender Building was completed in the Financial District in 1897, but was demolished in 1910 and replaced by a bigger building that combined its neighboring lot. The building had a very narrow plot at the corner of Wall & Nassau Streets – a strip of land measuring 26×73 feet, which let to its strange proportions and ultimately its demise, due to a lack of larger floorplates.

Berg and Clerk followed the Italian rule of triple vertical partitioning: expensive decoration was limited to the three bottom floors (what the pedestrians see from the street) and the upper two floors and the crowning tower. Massive cornices above the second and third floors visually separated the lower levels from the clean wall surface stretching above up until the fourteenth floor; starting from the ninth floor, it gradually re-acquired ornaments and arched windows as if in anticipation of the ornate Italian Baroque cupola above. The building cost over $500,000 to construct. Also nearby was another early skyscrapers, the Hancock Bank Building which was demolished in 1931