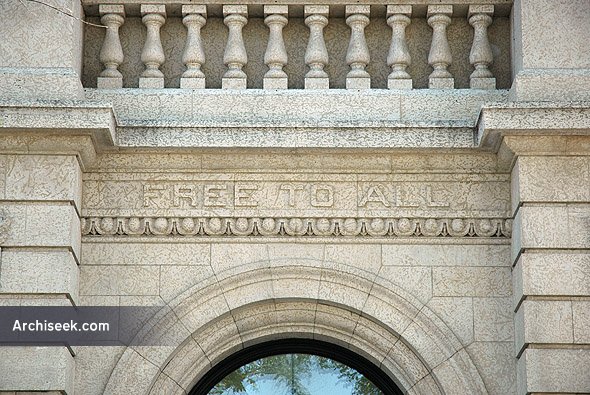 The Carnegie Public Library was officially opened on October 11th, 1905 by Governor General Earl Grey and functioned as Winnipeg’s central library until the completion of the Centennial Library in 1977. Constructed with a grant of $75,000 from American industrialist and philanthropist, Andrew Carnegie. After closure following the opening of the Centennial Library, community appeals resulted in the reopening of the building as the William Avenue Branch Library in 1978. The William Avenue Branch was closed in 1994. It is now home to the city archives.

Through Carnegie’s generosity, 2,500 libraries were built around the world – 124 in Canada. The Carnegie Library on William Avenue was the forty-ninth library in Canada to be built with funds from the Carnegie endowment. A two-story addition, also financed by Carnegie, was added to the back of the building in 1908.