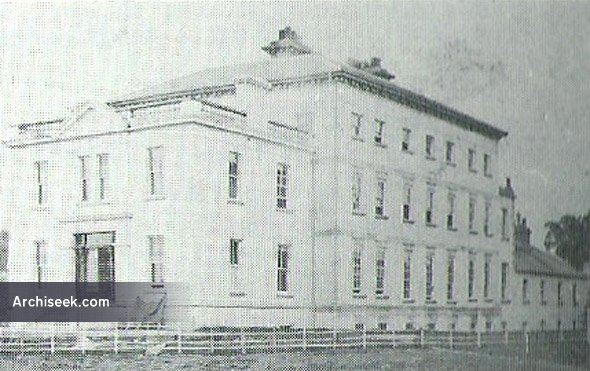 The earlier main block of seven bays was quite plain; while the 19th century wings had balustraded parapets. The three-bay side of the left wing served as the entrance front. In the later part of the 19th century, architects Millar & Symes were retained on a couple of occasions to work on the house. The house was demolished and the demesne serves as a public park.