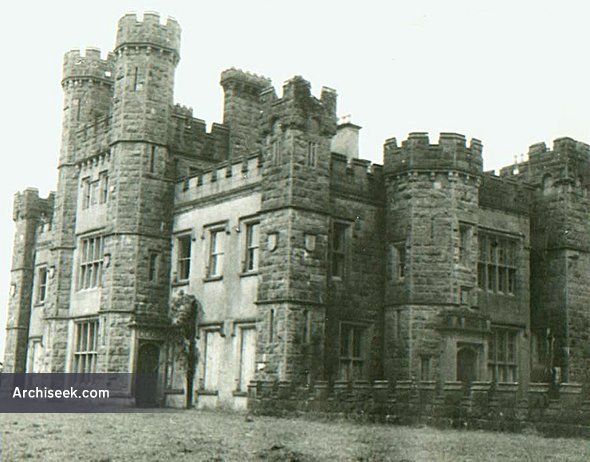 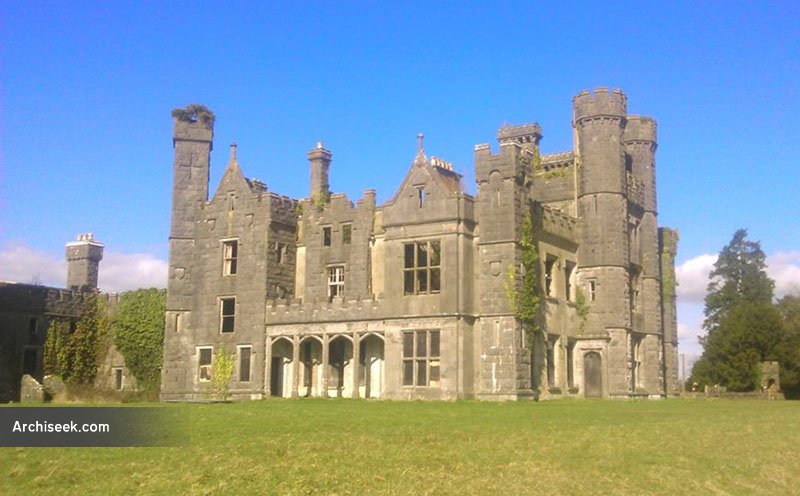 Castle Saunderson is a large castellated mansion in a Tudor-Revival style. The majority of the structure dates from 1840, architect unknown, but it was added onto an earlier house creating an unusual appearance of stonework and stucco. The house is only about five miles from Crom Castle, and it has been proposed that Blore may have had some input here, but the design isn’t as polished as would be expected in that case.

The Saundersons owned the castle until 1977, when it was sold to a London-based businessman, who intended to renovate it as his home. Sold again in the early 1990s to a local family, after which the interiors were destroyed by a fire. In 1997 it was acquired by Scouting Ireland. Michael D Higgins, President of Ireland, opened the €3.7 million European-funded Castle Saunderson International Scouting Centre in 2012. There are plans to restore the castle.